Skip to content
Community Foundation Northern Ireland > Civic Innovation > How much of a crisis is enough of a crisis to ignite change? 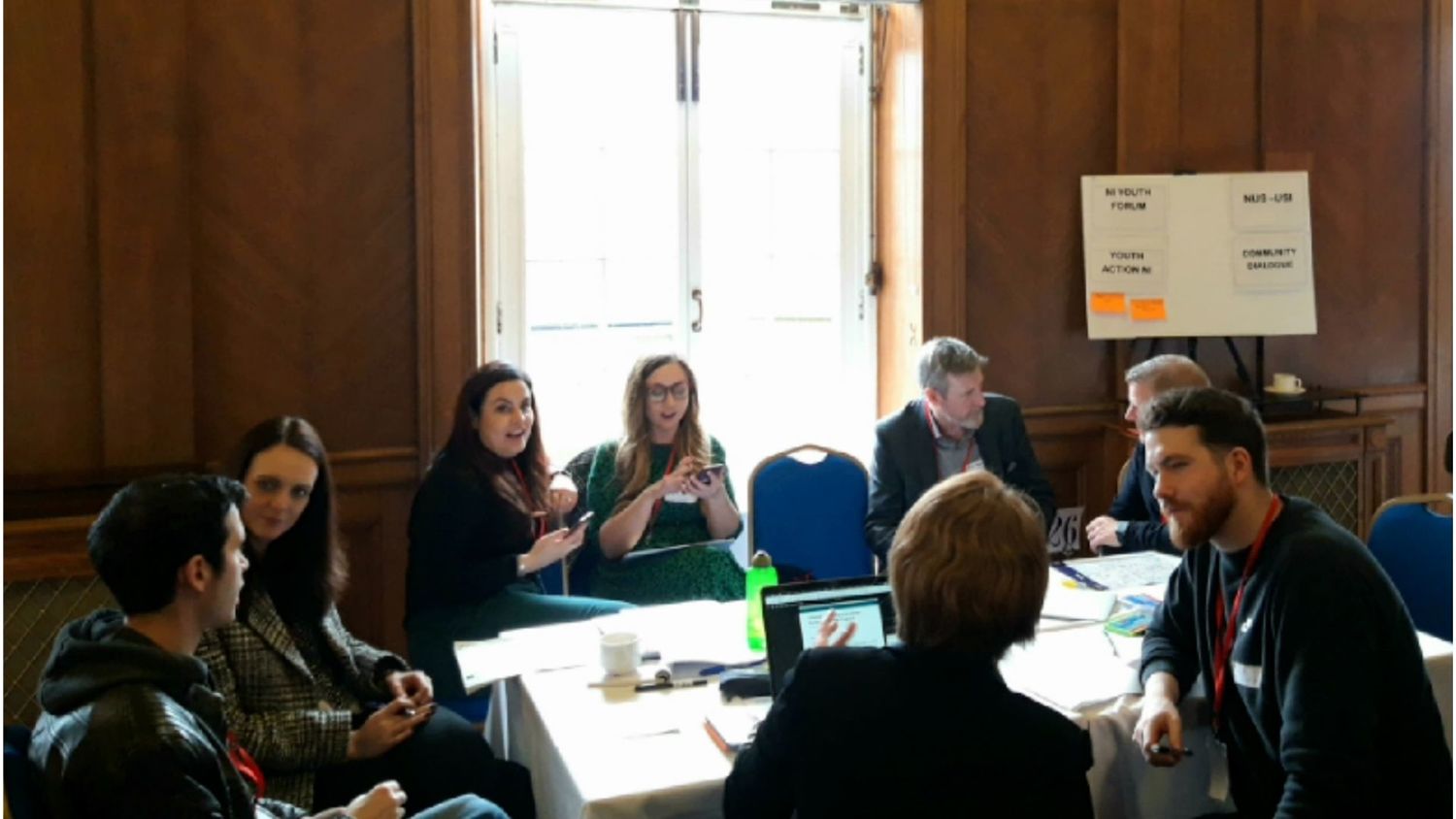 Paul leads the Foundation’s work on social and civic innovation. Since 2013 he has developed and delivered a series of unique and impactful programmes around cross-sectoral collaboration, human-centred design, using technology for social impact and deliberative democracy. Initiatives supported have included NI’s first citizens’ assembly and participatory budgeting processes, as well as establishment of the NI Open Government Network.

Since the 1998 Good Friday Agreement democratic institutions in Northern Ireland have had the time to find better ways to engage with one another and seek new solutions for our communities.

This was, indeed, the basic premise of devolution: bringing decision-making closer to the citizens and granting them more influence in public matters.

However, according to the Northern Ireland Life and Times Survey, before the 2017 collapse of the Northern Ireland Assembly 66% of people believed that having an Assembly made no difference to how much say ordinary people have in how NI is governed. Overall, since 1998 levels of public trust in decision-making have been decreasing and with the current Covid-19 crisis tensions within the power-sharing institutions, and between institutions and the public have intensified. This fragile political landscape has also been put under further pressure by Brexit which, despite the last minute avoidance of a no-deal outcome, places further pressures on  Northern Ireland, especially for Covid-19 recovery.

So where do we go from here?

Despite the historically conservative culture around public participation in Northern Ireland, in recent years progress has been made. In 2015, local government was reformed from 26 Councils to 11 ‘super’ Councils and community planning was brought in as a statutory responsibility, meaning that these new authorities had a greater responsibility to involve the public in their decision-making. Whilst experience has varied some progress has been made, for example, 7 of the 11 Councils have used participatory budgeting with support from the PB Works Network, although on a relatively small scale.

Then in 2018 a number of organisations, including The Community Foundation for Northern Ireland, came together to strategically think about democratic innovation through public participation. As a result Northern Ireland’s first Citizens’ Assembly was commissioned in the same year by the Building Change Trust to deliberate on the future of social care for elderly citizens. Given its widely acknowledged success, the New Decade New Approach agreement adopted by the Northern Ireland Executive in January 2020 included a commitment to ‘structured civic engagement’ with at least one citizens’ assembly per year.

“One proposal is for a broad-ranging citizen’s assembly themed around “Build Back Better'”.

These examples are not a ‘magic bullet’ for deliberative democracy in Northern Ireland. Rather, their relevance and resonance can demonstrate the utility of public engagement to decision-makers. However, the Covid-19 pandemic has halted the conversation around public participation as the government’s focus shifted to emergency responses. Everything else, including many of the commitments within the New Decade New Approach agreement, was pushed down the agenda.

Civic organisations such as The Community Foundation have pushed back, arguing that this is the time to press for a public participation approach to governance to deal more effectively with the many Covid-related concerns, many of which will be compounded with the effects of Brexit.

So despite the standstill at the Executive level, the Community Foundation in partnership with a number of organisations from across Northern Ireland have continued to engage policymakers on the participation agenda. One proposal is for a broad-ranging citizens’ assembly themed around ‘Build Back Better’.  The citizens’ assembly would address the key public policy and services-related issues arising from the pandemic. The network has also sent a written proposal to the NI Executive recommending the implementation of local Covid-19 participatory recovery funds which draw on the participatory budgeting model used by the 7 councils with support from the PB Works Network.

The Community Foundation has hosted bilateral meetings with all parties and two roundtable discussions with departmental officials on public participation post-Covid, which have drawn positive responses. But the biggest challenge is turning this enthusiasm and willingness into action. This is especially important because whilst civil society can support and encourage deliberative processes, if they are to have the greatest chance of impact on decision-making, they need to be endorsed, and commissioned, by statutory bodies.

“Important progress has been made before and during the pandemic, but it is crucial to turn this health crisis into an opportunity to create tangible and lasting change to Northern Ireland’s conservative public participation culture.”

Additionally, for citizens’ assemblies and other forms of public participation to work, we need cross-party consensus which is hard to gain because of the partisan lens that too often takes priority in Northern Ireland’s political environment. Parties are aware that deliberative democracy and public participation can be positive, but they are also wary of losing control over issues that are put forward for deliberation. The fragile stability of our institutions is challenged by Covid-19. Deliberation should not be seen as a threat but as a way of making collective decisions in our common interests.

Important progress has been made before and during the pandemic, but it is crucial to turn this health crisis into an opportunity to create tangible and lasting change to Northern Ireland’s conservative public participation culture. Civil society organisations across the UK and Ireland are working hard to normalise participatory and deliberative processes and to gain meaningful government support. In this way, the hope is to now move from:

Necessity is the mother of invention and Covid-19 provides the momentum for this cultural shift.

This piece is part of the “Democratic Response to COVID-19” series curated by Involve NI and the Centre for the Study of Democracy at Westminster University.