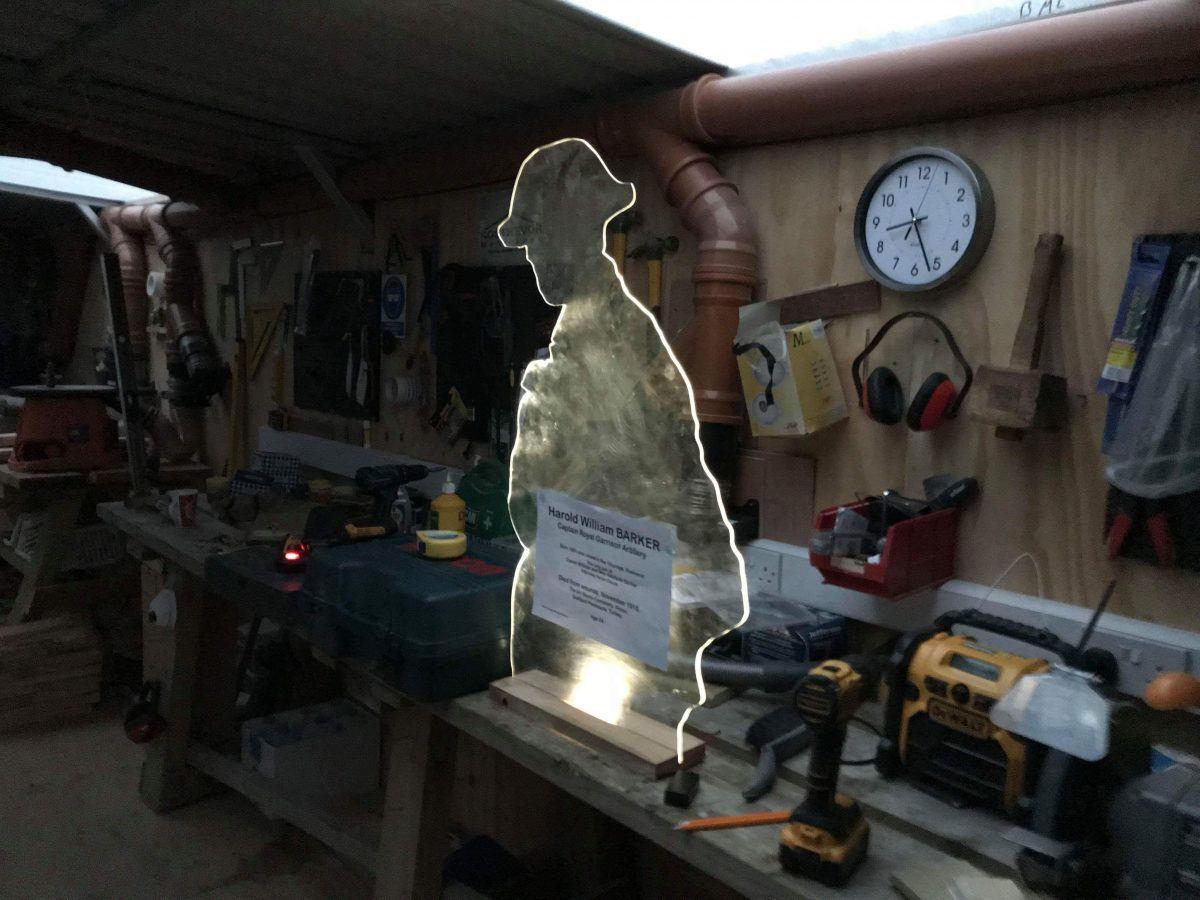 We take a look at the impact of funding from the Murlough Foundation on a Men’s Shed project in Rostrevor, Co Down.

Later this month in a dimly lit church in Rostrevor twenty-one perspex figures will stand silently in honor of the men from the area who did not survive World War One. The Rostrevor Men’s Shed has been working alongside the Church of Ireland on this special project to commemorate the 100th anniversary of Armistice Day.

The funding which the Men’s Shed received from the Murlough Foundation managed by the Community Foundation for Northern Ireland, has helped make the precious sculptures possible, whilst also helping to tackle the isolation and depression often experienced by local members who have found support, companionship and host of new skills through the organisation.

“You have no idea the spring that man has in his step after joining the Men’s Shed”. That’s what a family member of one of the Rostrevor Men’s Shed’s members said recently about the organisation’s impact on the man’s life. And it’s a comment that means the world to Connor Sweeney, secretary, and to all the committee members. 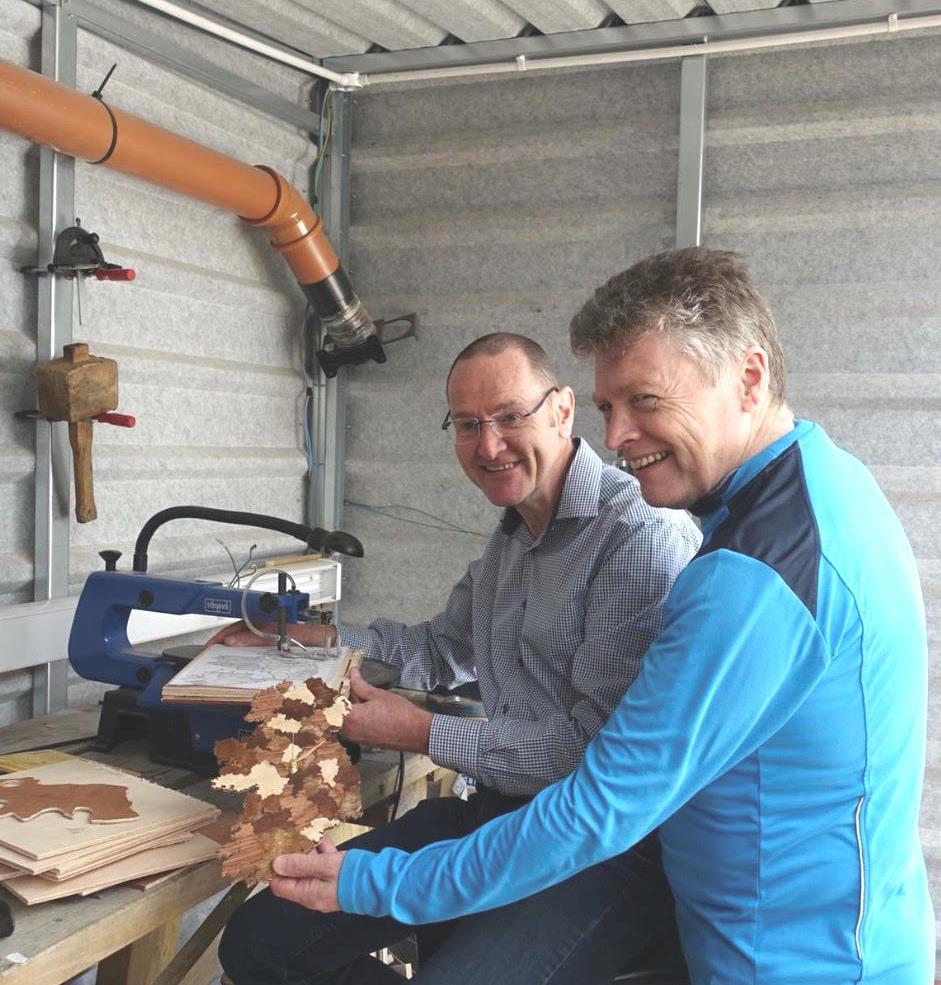 The Rostrevor Men’s Shed was formed just under three years ago as a result of there being very few places in the area for men to become engaged in activities other than sports clubs or meeting up at the pub. The Men’s Shed grew naturally from a group of local men coming together to listen to a talk, or watch a film or learn a new skill. It has attracted a wide range of men of different nationalities who have made Rostrevor their home including Dutch, Canadian, Scots, English, and Danish.

As Connor explains, “The majority of the men involved with our Men’s Shed are approaching retirement, or are already retired, and they often find that issues such as loneliness or isolation or even depression can become a problem which affects their quality of life terribly after retirement, and that was certainly the case for many of our members. Some of our members are not originally from the area, and the Shed is a great place for them to find new friends and to share experiences”.

Connor began applying for funding for the Men’s Shed to help expand the range of activities it could offer its members, and the activities offered by the organisation has grown significantly. The most recent application was to the Murlough Foundation managed by the Community Foundation for Northern Ireland.

The Woodwork finishing project for which Rostrevor Men’s Shed applied for funding was a perfect fit with one of the key aims of the Murlough Foundation in addressing issues relating to loneliness and isolation. 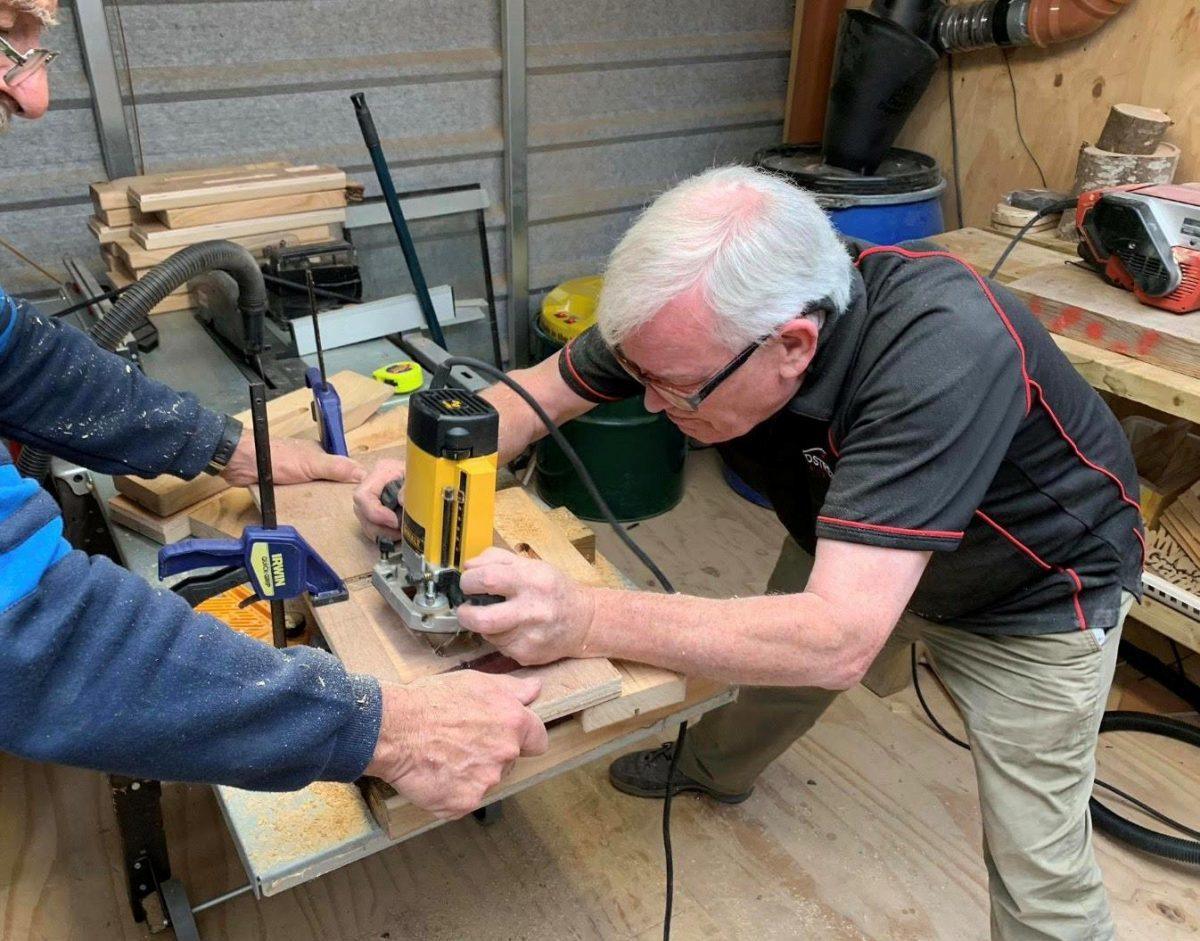 Donal Lavery working on the router, purchased with funding from the Murlough Foundation

Connor says: “The funding enabled the Men’s Shed to buy tools which have been put to a variety of uses including wood-working to produce clocks, toys, candle holders and garden equipment. Overall the project aims to give a feeling of self-worth to the participants and to foster a culture of shared learning.

“Some members don’t have access to a shed or home workshop and this project has been a vital lifeline for them in helping reduce the isolation they feel. And the whole community often benefits as many of the products created in the workshops are sold with proceeds passed onto other groups including the recently set up End of Life charity in the village.” 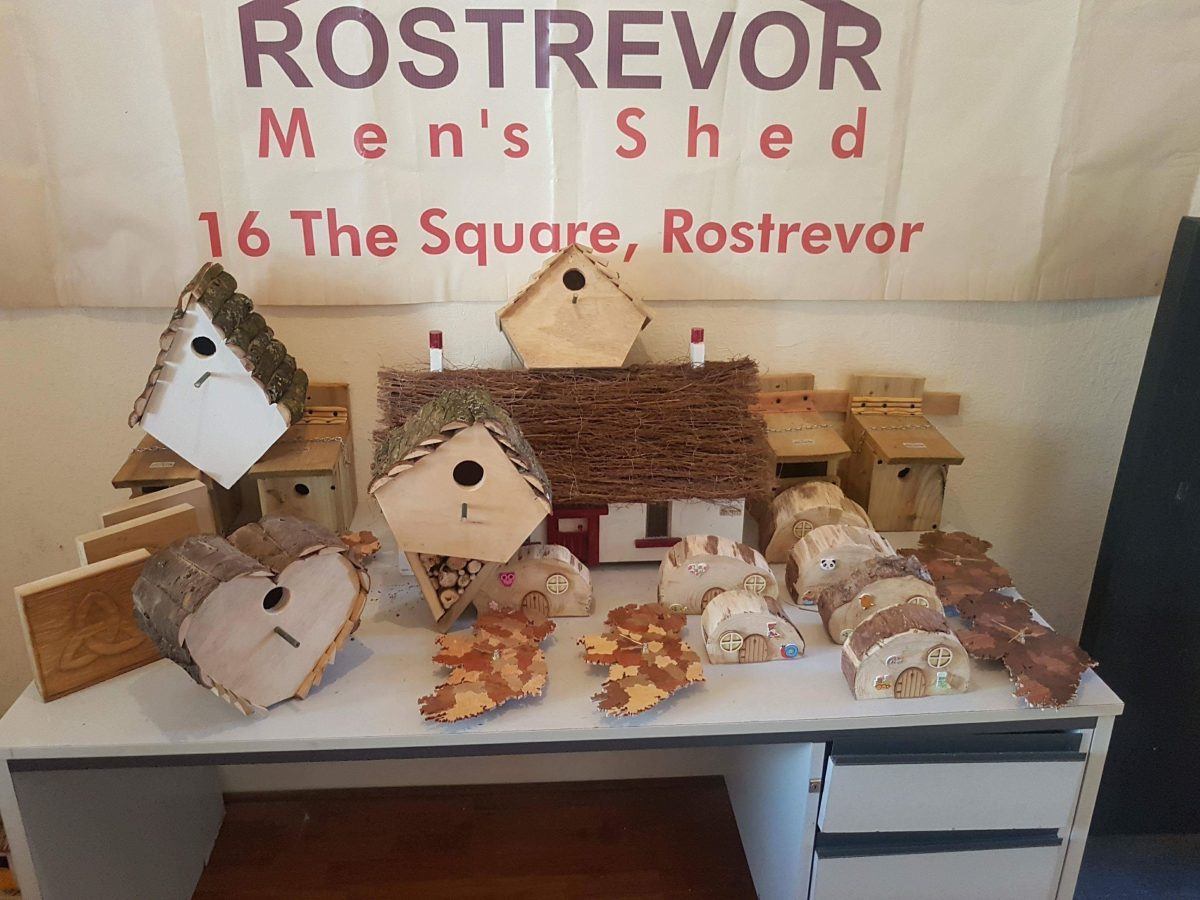 Bird boxes, cottage, clocks, fairy houses and plaques all made using tools purchased as a result of funding provided by the Murlough Foundation.

The tools purchased for the Woodworking project are also now being used in an Armistice Day Commemoration Project in conjunction with the local Church of Ireland, as Connor explains: “Local historians have discovered that 139 men and 7 women of all denominations served in World War 1 from the surrounding area. Twenty-one paid the ultimate sacrifice and didn’t return.

“That had a huge impact on families in the area. Indeed, 5 of the men lost were officers, and it was remarkable for one small area to have so many of that rank serving.”

The tools purchased with funding from the Murlough Foundation are enabling the group to carry out the detailed work necessary to craft the perspex figures which will be donated to the church in memory of the community’s loss and in recognition of the milestone anniversary. 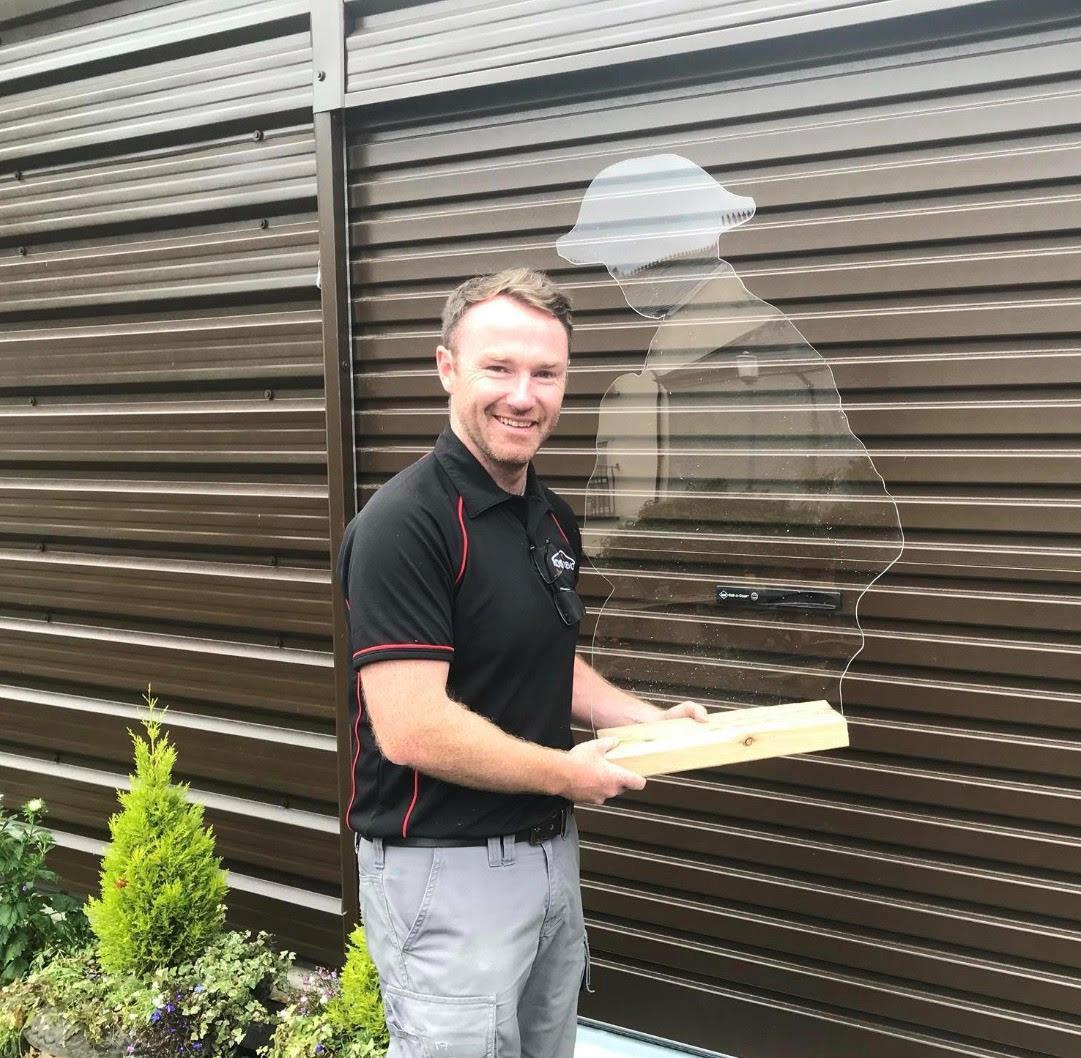 However the funding has had a wider impact, as Connor adds: “the funding has not only helped to provide a poignant tribute to a huge loss of life, it has also given a new lease of life to the local men involved in making the figures. Many of the men’s wives say to us on a regular basis that their husbands love coming to the Men’s Shed, that it has given them a lift and a renewed
purpose again.

“And I see it for myself, people will come at a low ebb but then gradually you’ll see them becoming more involved and coming up with new ideas for things we could be doing, or teaching others the skills they have. Without funding we’d find it difficult to offer the level of service we have. The Men’s Shed is such a vital lifeline and the whole community really benefits,” says Connor. 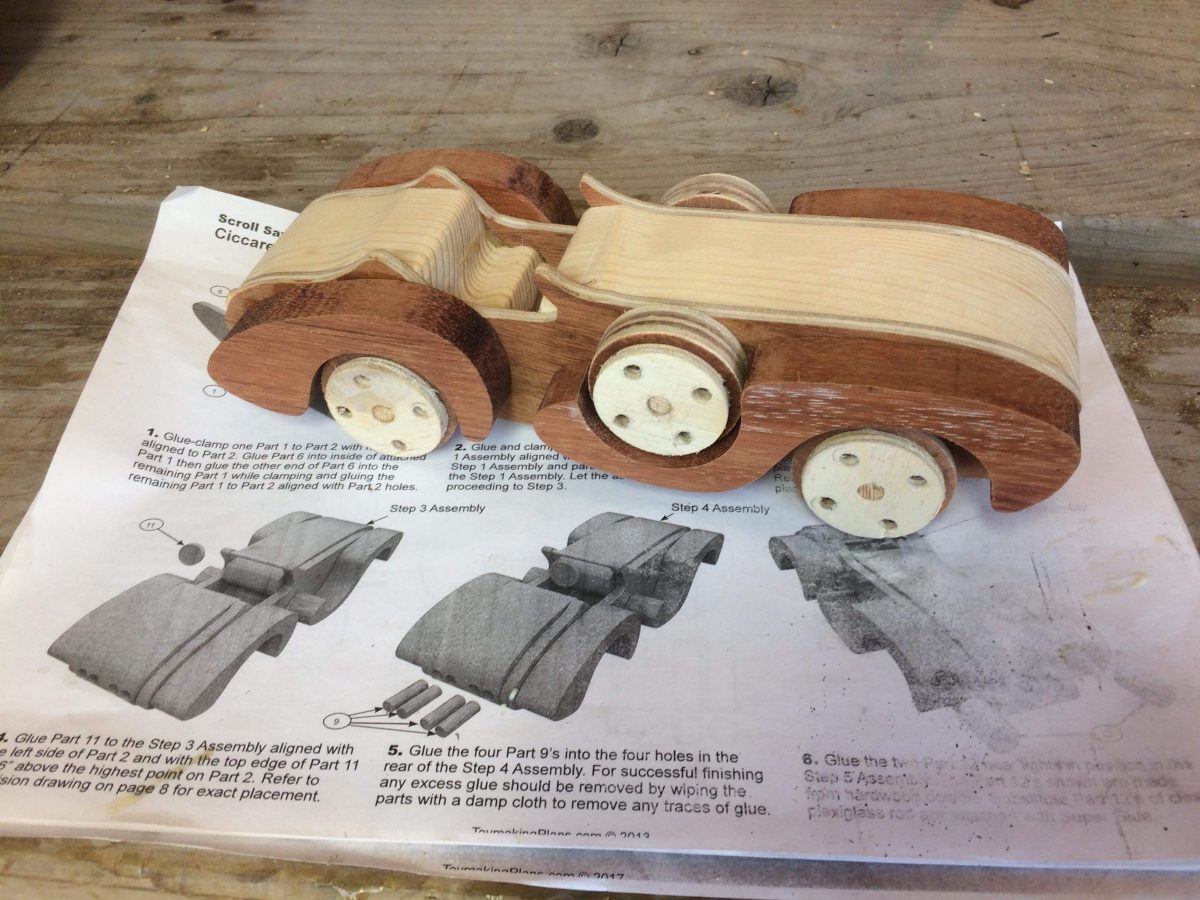