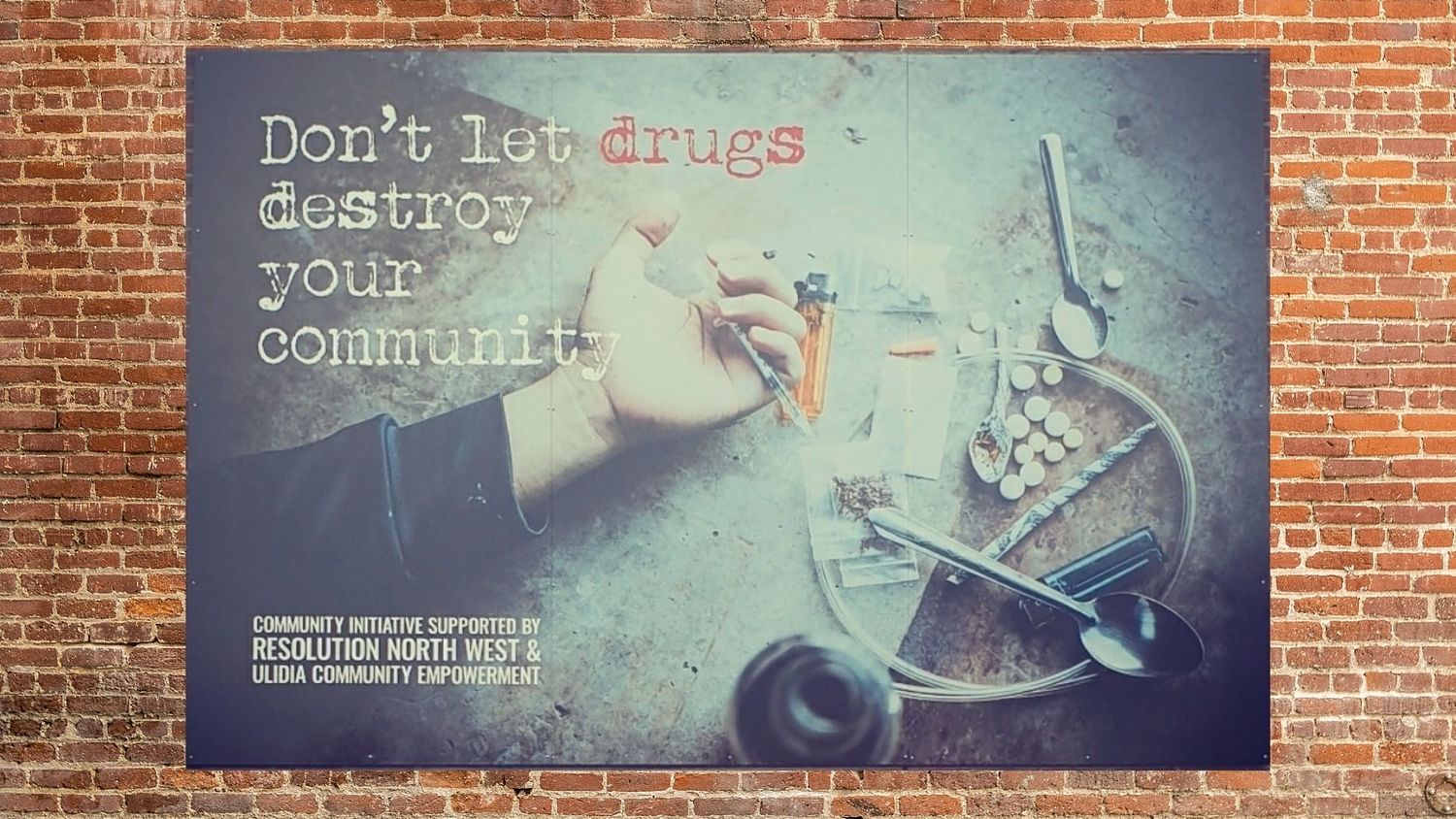 The Foundation works in partnership with the International Fund for Ireland to deliver Peace Impact Programmes (PIP) across the whole of Northern Ireland. PIP is designed to deliver real and positive community transformation through sensitive interventions in communities that have not previously, or only partially, participated in peacebuilding and reconciliation activities. These interventions are critical to building a truly integrated, shared and peaceful society.

One project, in particular, based in the Waterside area of Londonderry / Derry is working hard to remove the negative influence of anti-social behaviour and other symbols such as flags and bonfires. Resolution North West is a newly funded project through the Peace Impact Programme (PIP). Its outreach work has used bonfires as one way to promote better understanding and build relationships between younger and older generations within the local community. 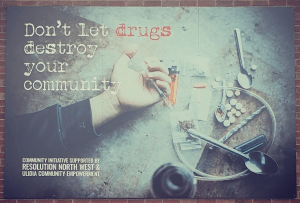 The project worked with the local community to re-image a prominent Loyalist mural. The new mural has the support of residents and now highlights the dangers of drugs.

The Peace Impact Programme delivers real and positive community transformation, working in areas that typically suffer from high levels of economic and social deprivation where there are low levels of engagement and where the Peace Process has delivered limited benefits.

Stephen Finlay, Project Coordinator at Resolution North West says: “We are working in an area that has suffered severely from a lack of investment, high unemployment rates and low engagement over the years. This has had a real knock-on effect on younger people. Unfortunately, the lack of opportunity has created a vacuum and can often lead to anti- social behaviour.

“Drugs and alcohol abuse have increased tenfold in the area, which is concerning. Parents of secondary school children contacted the project about drugs such as spice and cocaine being readily available in the school.”

Stephen’s experience and passion is a testament to the good work that the project is carrying out in the area, understanding Protestant culture, and how working together can ensure that everyone benefits in the community.

“I started volunteering years ago and even then, there was antisocial behaviour linked to bonfires, parading and so on. We engaged with several partners including the local council, fire brigade and the community to put together a plan that would allow bonfires to work in a more positive way for everyone. People bought into the plan because they fundamentally weren’t bothered by the bonfire but by the anti-social behaviour that went along with it.

“Bringing everyone on board from the outset, listening to concerns and finding resolutions together meant that the bonfire went ahead without trouble. Some of the young people I worked with then, who would have been heavily involved in anti-social behaviour, now work with me to reach out to others, which is great. This successful bonfire model is now being used as the blueprint by the local council for other bonfires in the area.”

The Project has three elements, which work to help build relations and understanding in the local area. Community Engagement is an important part of the project between residents, youth groups and other local organisations. Workshops and engagement around Culture and Identity look at elements of Loyalist culture including bonfires and murals. Mediation is also used to engage with harder to reach members of the community. Engagement, especially with young people around culture and identity has had a positive impact on the community.

“Last year, we worked with young people and held a flag workshop. The purpose of this was to work towards the removal of illegal flags on bonfires. They were invited to design their own flags for the bonfire that were appropriate and in agreement with what the community wanted. This worked well and is something we plan to revisit this year.”

As the band parade and marching season returns shortly, Stephen is concerned that those intent on raising tensions could use this as an opportunity to promote further unrest but not at levels witnessed in recent months. “There is no appetite for rioting in the community, but I do recognise that events like former IRA Commander Bobby Storey’s funeral has raised tensions. My main concern would be if they get involved the chances of getting a criminal record will increase significantly. And, that will damage their futures.

“We’re here to show them there is an alternative to that and it isn’t the path to take. We have had success in getting them into employment on building sites and in many cases, they now come to us asking if there’s a possibility that they could do different courses. Getting them away from anti-social behaviour towards full time employment is a priority.” Thanks to the work of the project, a core group of 15-20 young people are actively engaged.

Better relationships and trust have also been built between older members of the community and younger generations too. And, encouragingly 104 reports of anti-social behaviour around the bonfire in recent years has been reduced to five, which is a massive achievement.

“We’ve taught our young people that culture can be celebrated in a more inclusive way and having a sense of pride in their community is a good thing. It’s important that we continue the work we have done and keep momentum growing. The next goal is to educate people around the dangers of drugs. “Young people are now approaching us to get involved and we are keen to help make them more employable and find new opportunities. The same individuals who were involved in anti-social behaviour around the bonfire before now take great pride in it. They look after the field where it is held and on occasions leading up to bonfire night have cut the grass of the neighbours who would have complained about anti-social behaviour previously. This is lovely to see and proof that what we are doing is working, long may it continue.”

To find out more about the International Fund for Ireland click here.