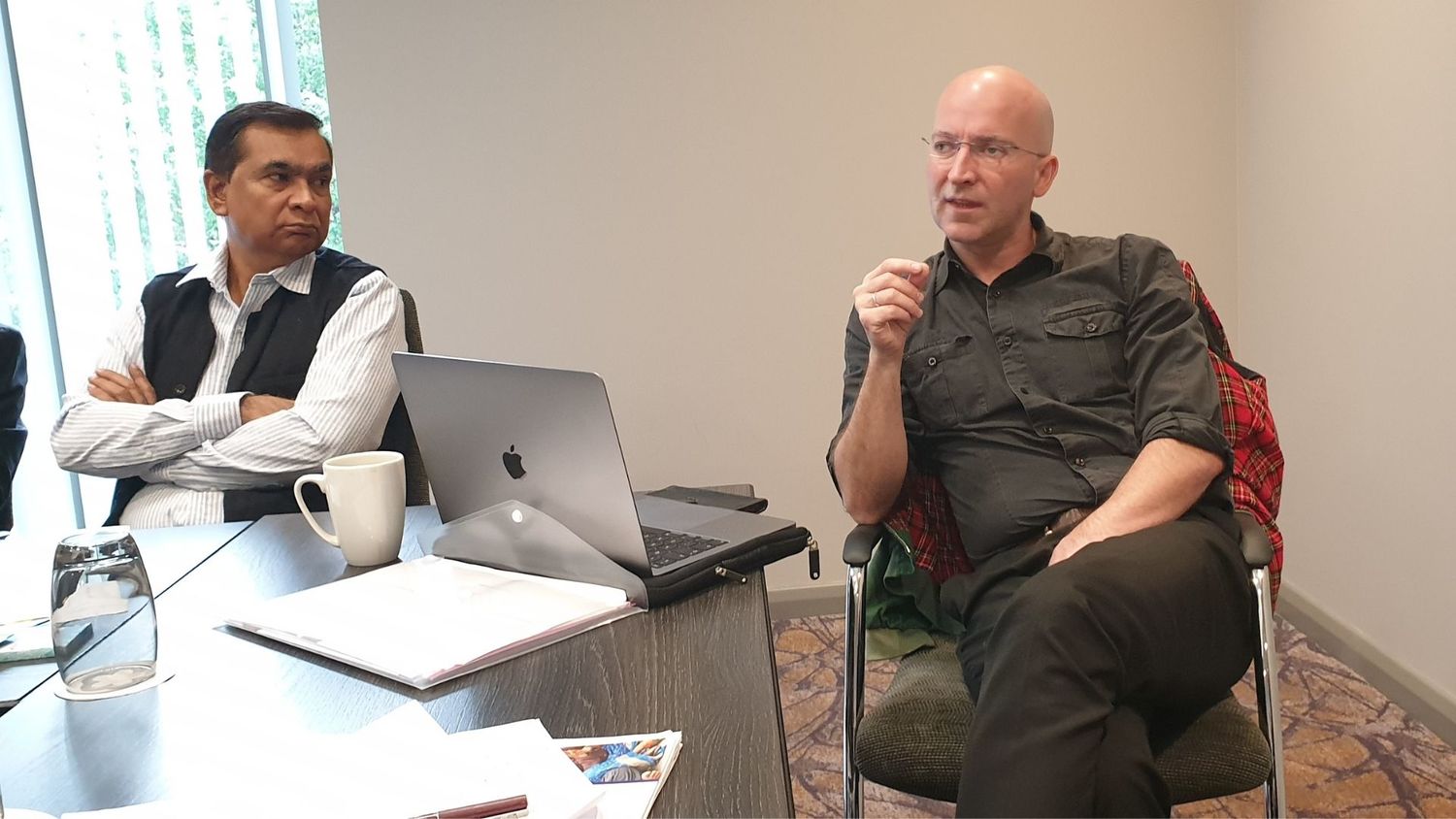 Maurice Healy died on 18th December 2019, the Community Foundation for NI immediately acknowledged his contribution to the local (and indeed international) fields of social justice, human rights, peacebuilding and reconciliation through the establishment of a grant award in his name.  In a fitting tribute to Maurice in the run-up to his first anniversary, The Maurice Healy Social Justice Awards recognised four charities: Intercomm, EALU, Children’s charity NCB (National Children’s Bureau)  and Creggan Social Enterprise. Selected by his family each project contributes to peacebuilding, tackles the impact of poverty and austerity measures and/or give voice to excluded groups.  The four groups recognised in this year’s Awards are:

EALU based in Dungannon and covering the East Tyrone area, will use the funding towards social justice and welfare rights work.

Creggan Enterprises Ltd will work towards a peacebuilding a programme within and between communities in the North West.

Intercomm with bases in Belfast and Carrickfergus will use the funding towards a Belfast Early Warning Response Programme to minimise community tensions and violence at interfaces.

Children’s charity NCB (National Children’s Bureau) (NCB) will work towards the development of young people and an anti-bullying advocacy programme.

Dawn Shackels, Director of Peacebuilding and Communities at the Community Foundation said;

“These awards are such a fitting way to recognise the very sensitive and hugely impactful work that Maurice carried out. Maurice was a great supporter of and advocate for the work of the Community Foundation, for peacebuilding and community development. His integrity, his drive and his passion to help communities thrive was clear to see through his work and the relationships he built across the divide both locally and internationally. He was generous to a fault, funny, kind and caring. We were all lucky to have known him and to have worked with him. The Maurice Healy Social Justice Awards recognised projects that contribute to peacebuilding, tackle the impact of poverty and austerity measures and/or give voice to excluded groups.”

Maurice’s parents Ann and Raymond Healy expressed their pride in Maurice’s legacy being marked by the establishment of the social justice awards. They said;
“(after he passed away) we discovered that his job involved community reconciliation and dispute resolution and that he was greatly respected by both sides for his intelligent and sensitive handling of delicate issues. He was clearly respected by all as a man of integrity and discretion. Hearing all this was a source of great consolation and we were pleased that he was so well accepted.”

“We would like to thank the Community Foundation for Northern Ireland for honouring Maurice by the initiation of these social justice awards in his name. It is wonderful that he was so well-esteemed to warrant such an honour.”