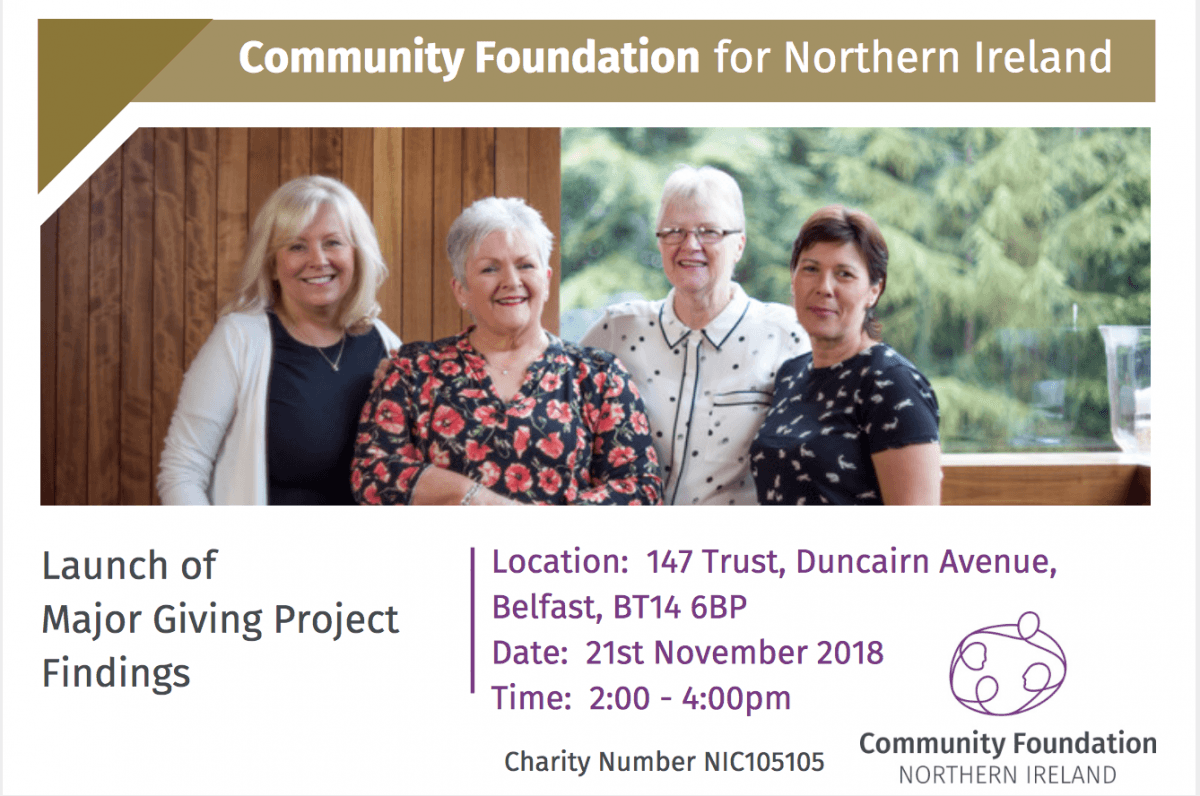 Northern Ireland has not realised its potential in relation to philanthropy.

The Major Donor Project worked with a number of charities in Northern Ireland, taking the theory of major donor fundraising and seeing what actually works here.

‘Blockers’ identified to growing philanthropic income include the view that there are not enough wealthy people giving to charity, or many who do give do not do so in a strategic way and while many charities in Northern Ireland have a strong community fundraising base they neglect or ignore the potential of major donors.

On 21st November, the Community Foundation will launch the learning from the Major Donor Project and the general feedback from participating organisations.

This report, along with one of the standard major donor fundraising guides, would be a good starting point for organisations considering a major donor campaign.

Researched and written by Paul Artherton the project was originally funded by Giving Northern Ireland and is being completed and launched by the Community Foundation Northern Ireland.

Between 2pm and 4pm on 21 November 2018, 147 Trust, Duncairn Avenue, Belfast, BT14 6BP, off the Antrim Road.
Paul will present the findings of the project and there will be an opportunity for discussion and questions.
Book here now.