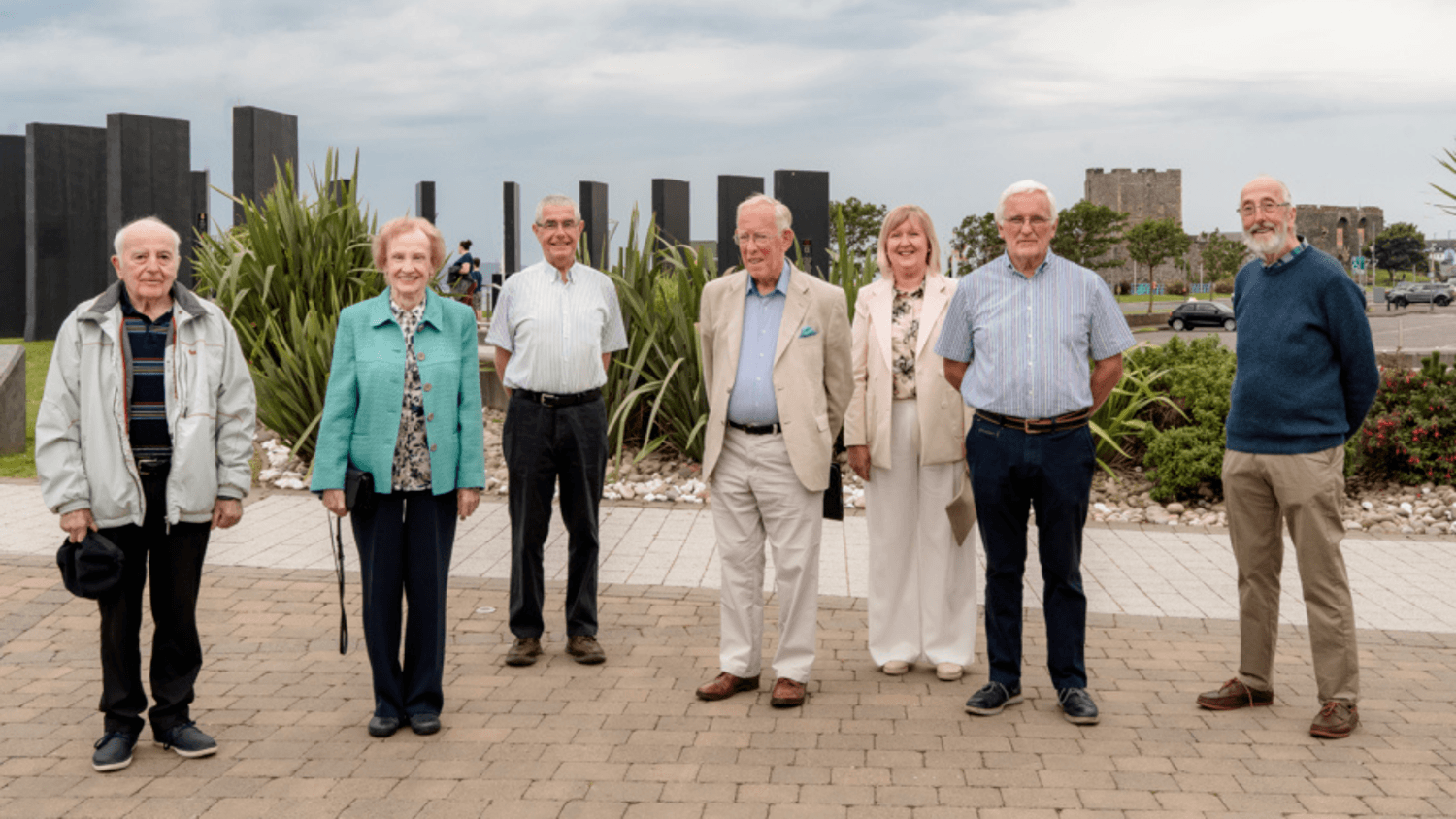 It’s not everyday that you receive a gift from a Will that is 260 years old. But when The Gill’s Charity, based in Carrickfergus, got in touch with the Foundation two years ago that was the eventual result.

The Gill’s Charity was established in 1761 from the Will of Henry Gill Esq, Alderman of Carrickfergus. As well as outlining who should receive his sword, waistcoat and diamond cut stone buttons set in gold, Henry Gill’s Will also stipulated that the residual value of his estate be used; “for the annual support and maintenance of fourteen aged men, decayed in their circumstances and that are not able to get a maintenance to themselves”.

It’s amazing to read this document nowadays and see the first flickers of social consciousness and charity within it. It’s even more amazing to know that over the next 259 years the Trustees of The Gill’s Charity continued to meet these objects. While there have been some amendments to the objects over time, recognising a changing world and changing society, the Trust soon became a well known and loved supporter of local community groups working with senior citizens in Carrickfergus.

However, when they approached the Foundation in 2019, the Trustees had been struggling for some time to recruit new volunteers to continue their work. As well as this barrier it was also clear that the existing Trustees were becoming older, the additional paperwork required by the Charity Commission for Northern Ireland was a further drain on resources and even identifying and carrying out due diligence on local charities who could benefit from the Trust’s support was becoming more and more difficult.

Victor Hart and John Richardson, Chairman and Secretary of Gill’s, got in touch with the Foundation to see if there was anything we could do to help. The Foundation manages a number of funds for individuals, families, companies and charities. Each fund is flexible and has its own purposes and criteria, agreed in advance with the donor. Importantly for Gill’s a fund can also be held in perpetuity.

After a number of meetings and then discussions with the Charity Commission it was agreed that The Gill’s Charity would be allowed to formally close and its assets used to establish ‘The Gill’s Charity Fund’ within the Community Foundation. This ‘Trust Transfer’ would enable the Foundation to continue to meet the objects of Henry Gill and, being held in perpetuity, be there to support groups in Carrickfergus for another 260 years.

As a Community Foundation, we are delighted to welcome The Gill’s Charity Fund into our family and look forward to opening the Fund for its next round of applications in March 2021. It’s amazing to know that 260 years after Henry Gill passed away he is still making a difference in his local community.