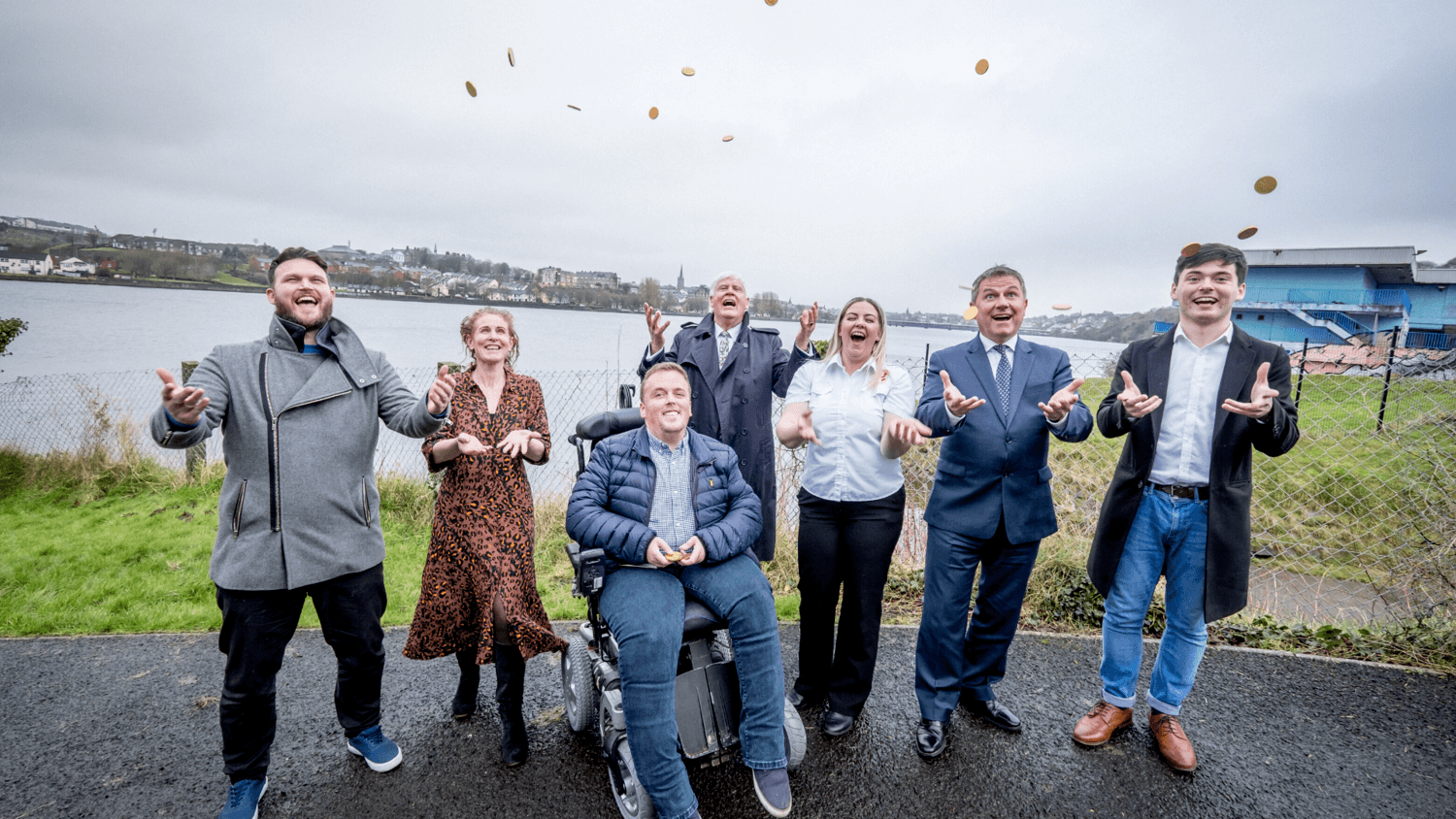 Five Northern Ireland mental health charities benefit from partnership between the Institute of Directors and the Community Foundation.

Five local mental health charities which were supported through an 18-month partnership between IOD and the Community Foundation for Northern Ireland.

Gordon Milligan, Chair of Institute of Directors, attended Foyle Search and Rescue in Derry/Londonderry where he met staff and volunteers from the charity, as well as representatives from Pips Newry, Pips Charity Belfast, Links Counselling Lurgan and Mid Ulster Association for Counselling and Psychotherapy.  Gordon learned how each charity will use the funds to support those in crisis and to improve the lives of those managing mental health issues.

At a round table discussion, it came apparent that mental health problems are widespread in Northern Ireland affecting 1 in 5. Rates among young men are particularly concerning and those who live in poorer areas suffer a wide range of health issues in turn affecting their mental health.

The IOD encouraged members to make donations at its networking and social events and all money raised was matched by the Community Foundation, resulting in a total fund of almost £17,000.  The Foundation identified a new model of giving for IOD by working with a number of different charities under the central theme – supporting mental health in local communities.

Síofra Healy, Director of Philanthropy at the Community Foundation said, “We’ve welcomed the opportunity to work with the IOD and have been so encouraged by their interest in meeting the charities and learning about the people they are helping.

“Thanks to Gordon and his colleagues for their commitment to maximising the impact of the partnership at local levels across NI.”

Gordon reflected, “Unfortunately, mental health issues seem to be ever more prevalent in society and media coverage of high-profile mental health cases only represents the tip of the iceberg.

“We have been delighted to partner with the Community Foundation to direct support to where it was really needed and have appreciated their guidance and expertise in connecting us to the five mental health charities we’ve fundraised for over the last year and a half.”