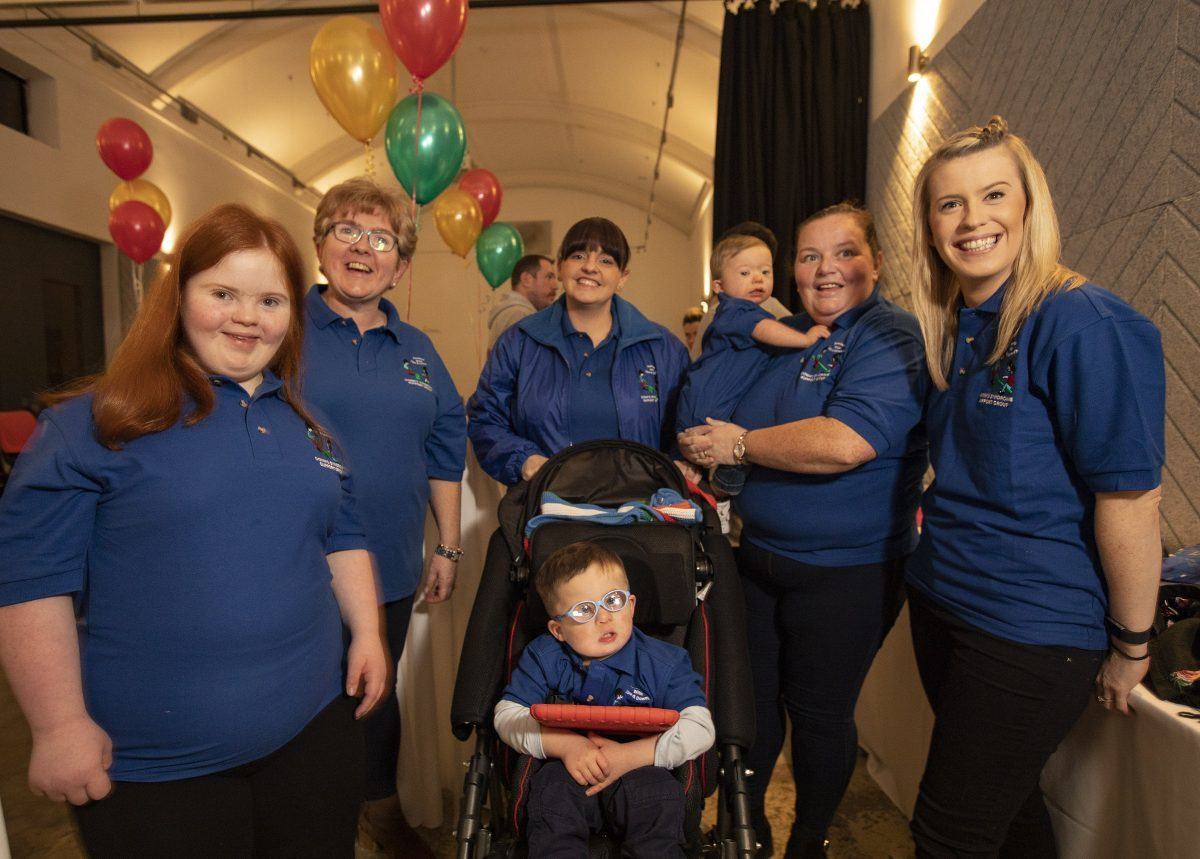 Families with Ups and Downs

At twelve weeks pregnant, 29 year Laura Denny from Belfast was told that her baby had Down Syndrome. She was told her baby was also very unwell and had a zero percent chance of survival.

One year later and Laura is pitching at a Community Foundation crowdfunding event for support on behalf of Families with Ups and Downs, a voluntary group of families of children and young adults with Down Syndrome. Laura tells the audience: “My zero percent chance of survival baby is called Nathan and he’s now four months old and is here tonight in the arms of my husband Eamonn.” 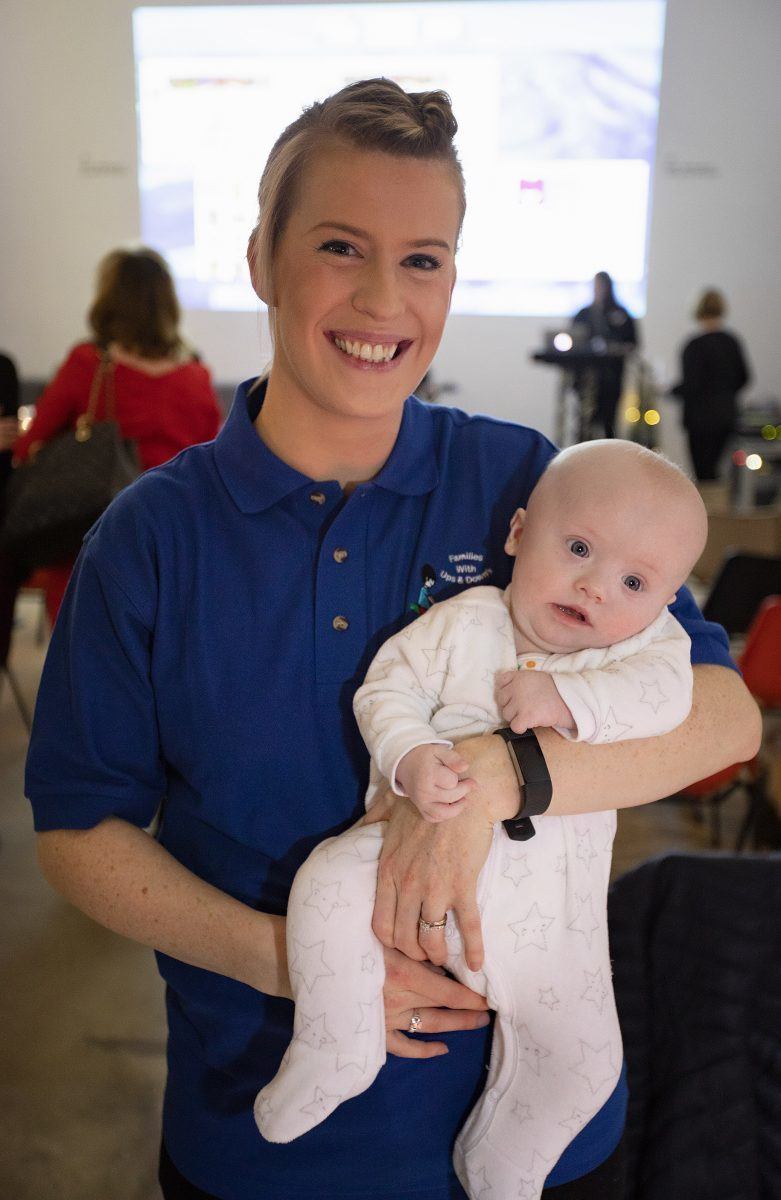 Laura’s story clearly strikes a chord, as the charity went onto raise £6560.50 at the event held in Ormeau Baths, which as Clare Joudeh from Families with Ups and Downs explains will be used towards the costs of Makaton language classes – enabling many families to communicate with their child for the first time.

Laura tells how she became involved with the charity: “A prenatal diagnosis of Down Syndrome is terrifying and when I was told Nathan would have the condition, I immediately started searching the internet for any information I could find. I was twelve weeks pregnant and had no idea what to expect.

“As a young mum in my twenties, I was in shock, i’d always thought that Down Syndrome was something which only affected older mothers. But I came across Families with Ups and Downs who guided me and introduced me to another young mum in a similar position and I haven’t looked back since being introduced to the group.” 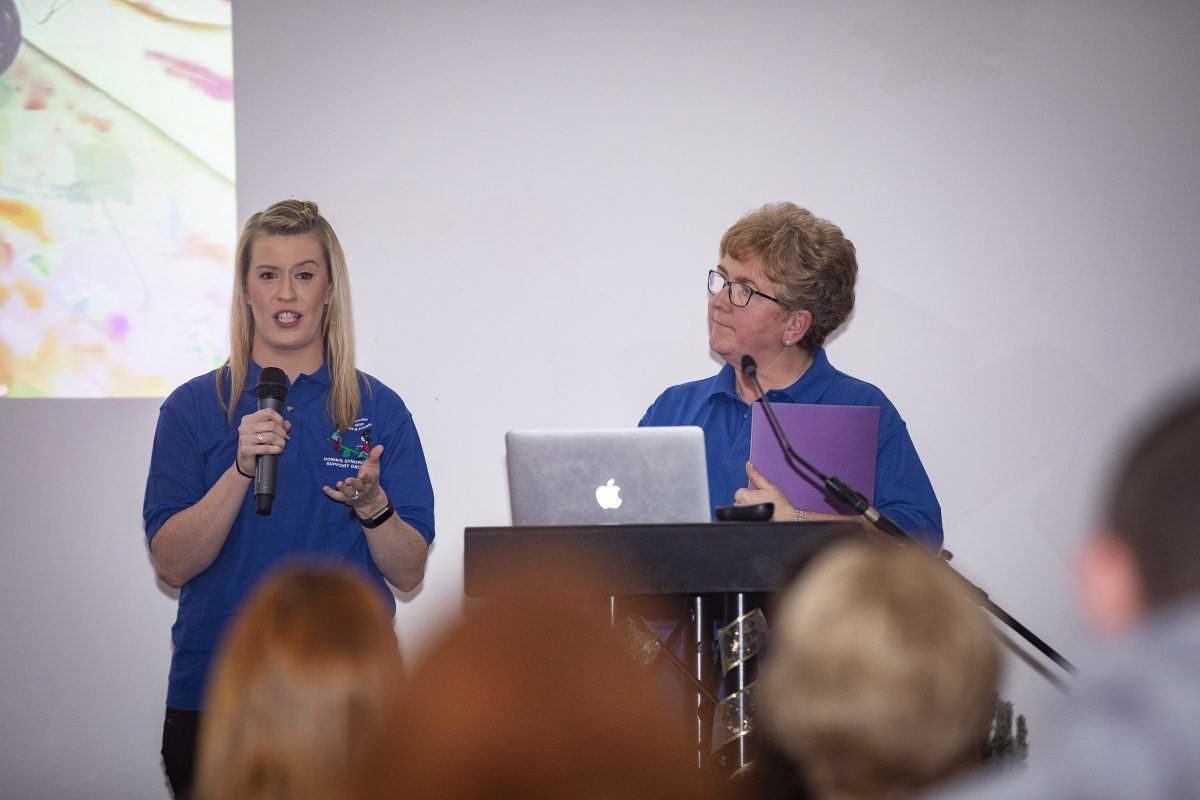 Laura says that the group has offered her and Nathan fantastic support, so much so that she was determined to share her story at the crowdfunding event so that others might become aware of the charity and benefit from the support on offer.

As Clare Joudeh from Families with Ups and Downs explains, the charity was set up by three families from West Belfast, it has grown over the years and there are now 75 families involved. When her daughter, now aged 15 was born, Clare says there was very little information or support available:

“I was given a book to read but thankfully one nurse told me what to ask for in the maternity unit – the services I would need, the support that the baby would require. Thank goodness for that as I was completely in the dark and at the time thought joining a support group would be a negative experience and I just wanted to focus on being positive for my baby.”

Having been through the experience herself, Clare sees the benefits for mothers of groups such as Families with Ups and Downs: “There are a massive number of young mums coming through, and when they come they see that there are a range of women, including women their own age who have a baby with Down Syndrome.

“They also see how well many of the children are doing and realise that they don’t need to be constrained by Down Syndrome – they can see this is what my child may grow up to be, some are physically very well, there are a wide range of differences in how the condition presents. The key thing is that we can offer support on big decisions around health or education, and people can benefit from the guidance of other parents.”

Laura highlights how much this support has helped her, in demystifying the condition and helping her and husband Eamonn Og see the possibilities for Nathan’s future: “There are often very few places for families to turn and this charity provides a vital lifeline. It is a huge relief knowing that Nathan has got this group to grow up with, and that he will have days out and most importantly, that he will have friends and people who can help him live the best life possible.” 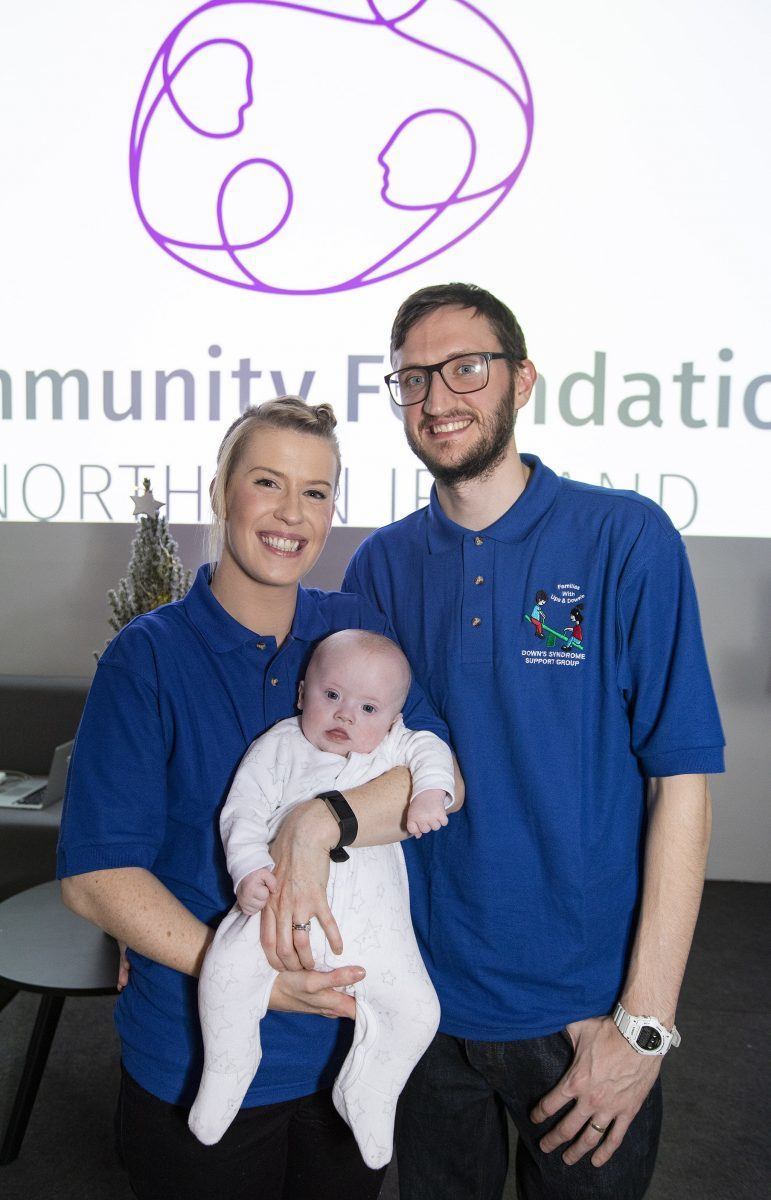 A total of £18,522.50 was raised on the night and other charities benefitting include Mind Your Mate and Yourself (MYMY) – a mental health charity co-set up to deal with an increase in suicides in a Co. Down community, and MACS – a charity which helps children and young people, including those leaving care as well as those in general need of support.

Each charity pitched for support for various aspects of their work at the event hosted by comedienne Nuala McKeever. Whilst those offering financial backing to the charities include individuals, families and local businesses. The Telecommunity Fund which is managed by the Community Foundation pledged £1500 in support to each charity, and the Community Foundation doubled donations by match-funding on the night.