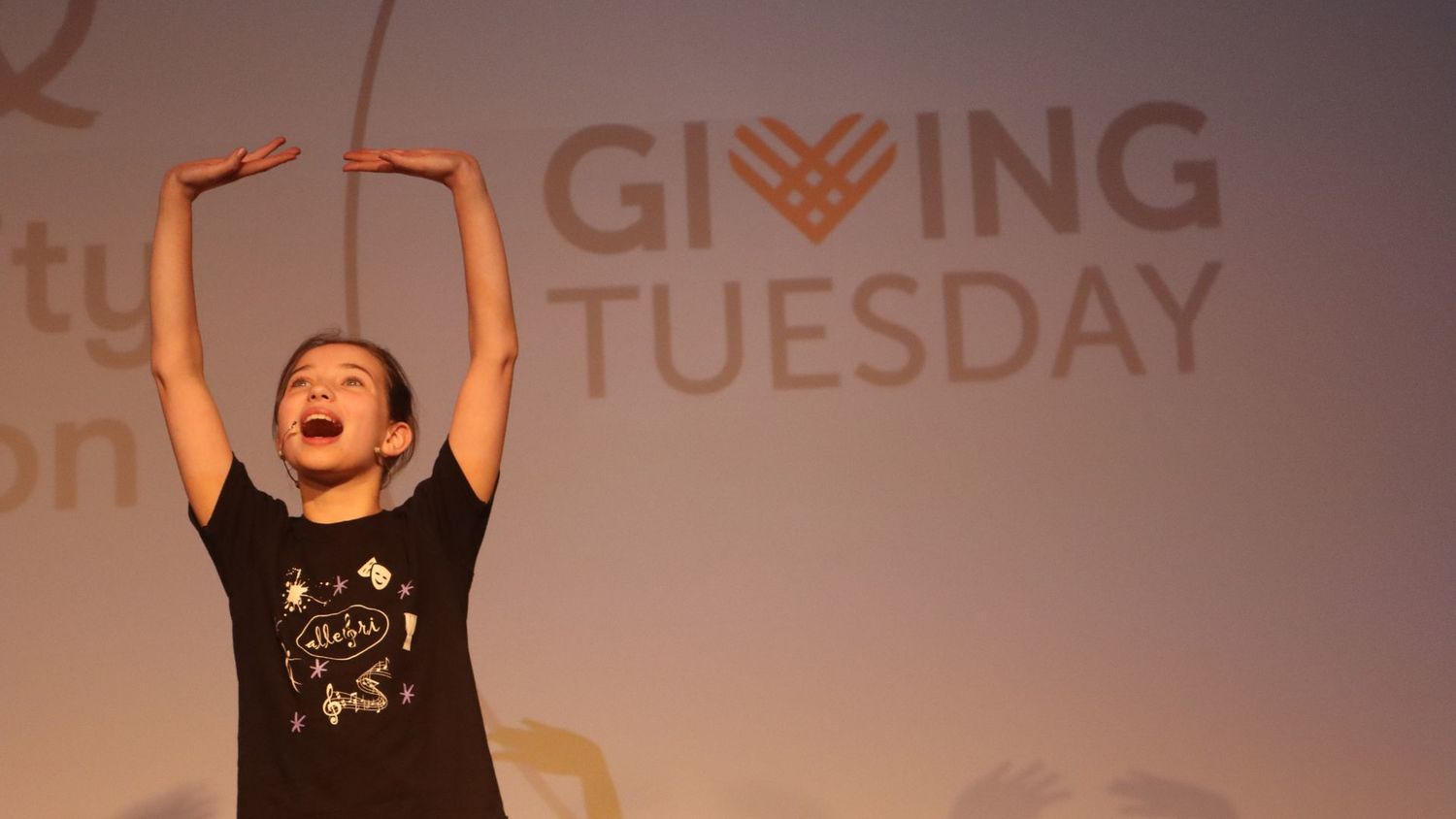 On Tuesday 29th, people joined the celebrations as the Foundation brought communities together to celebrate Giving Tuesday, a global day of giving, recognising the important role individuals involved in philanthropy, by contributing their time, skills and knowledge to support communities thrive.

The Community Foundation’s Acorn Giving Circle, celebrated their 10-year anniversary by awarding £10,000. The Acorn Giving Circle is a fund made up of donations from generous individuals in the Derry/Londonderry area who aim to make a positive contribution towards improving the lives of people and the community in their locality. Since 2012 they have awarded small grants to charitable and community groups where the need is greatest and where they can make a significant difference.

One of the successful grantees was Holy Child Parents and Teacher Association. Recognising the harsh impact that the cost-of-living crisis is having on families £1,000 was awarded to support children from working families ensuring they receive a healthy meal at school.

Shauna Kelpie, Senior Fund Development Officer for the North West area commented;
“We are delighted to be celebrating Giving Tuesday, which has become an annual event for the Community Foundation since 2017. However, this is our first-year celebrating Giving Tuesday in Derry!
“A huge thank you must go to all the members of the Giving Circle who are celebrating this 10-year milestone. Throughout this time, they have supported a fantastic 82 organisations in the local area who provide vital supports to those who need it most. It is a shining example of that big word that everyone stumbles over… philanthropy, and the way generosity and giving can change people’s lives for the better.”

The event also saw a further £16,000 being awarded to groups through the Ulster College People’s fund through the community foundation recognising the important impact of community arts programmes.  One of the successful grantees was Allegri. Who received £2,000 funding award.

Rachel Tennis, Chairperson at Allegri commented; “We are absolutely delighted to have received this funding which will go towards our sixth Every Voice Festival, a community singing festival held here in the city. For an organisation such as Allegri, the impact of awards like this is huge and we are very grateful to the CFNI for their support, especially in these challenging times.”