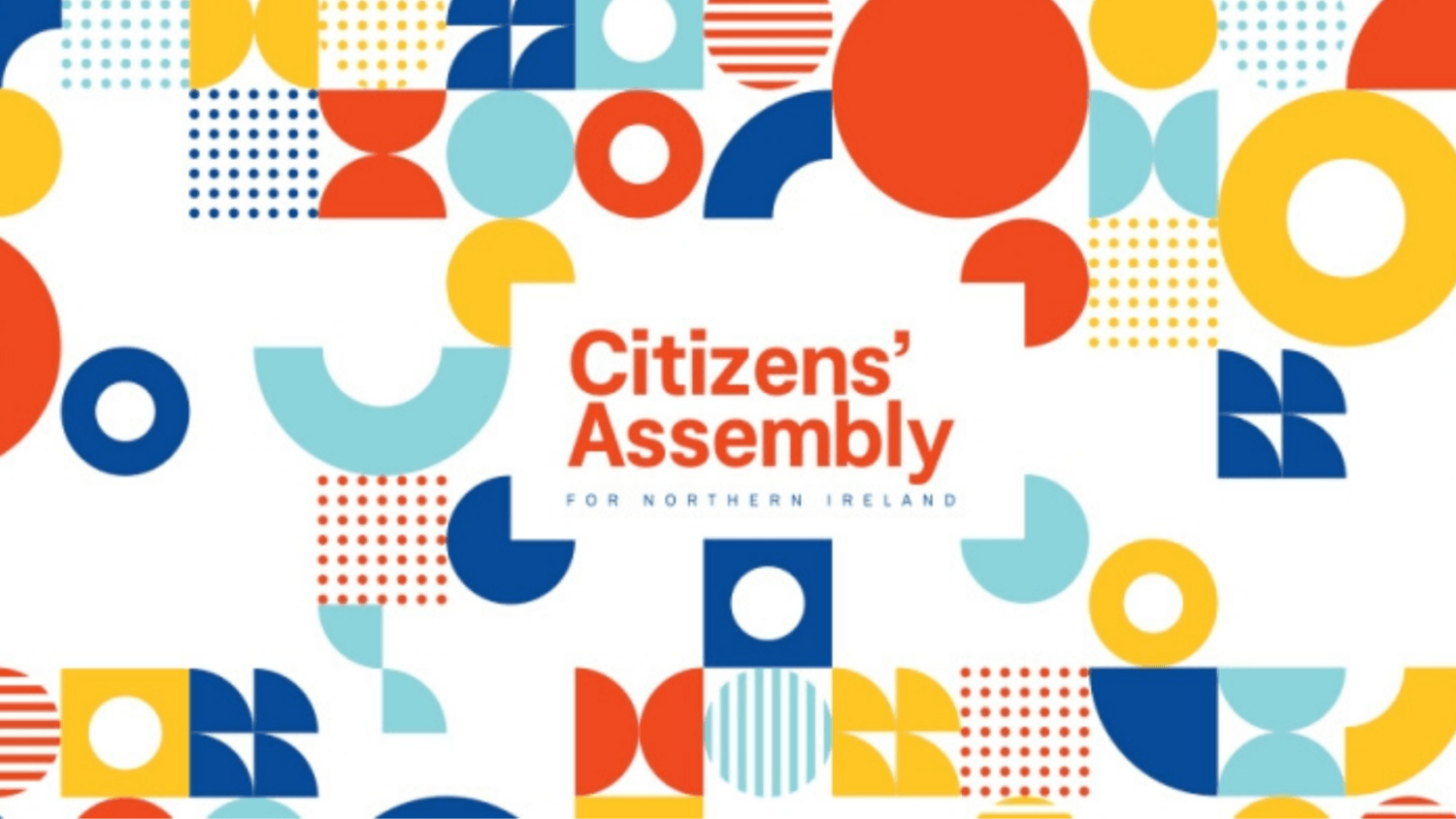 The first citizens’ assembly for Northern Ireland met in October and November to 2018 to discuss the future of social care for older people.

A survey carried out afterwards by Stratagem and ComRes found that over 60% of MLAs felt that there should be more opportunities for citizens to be involved in decision making in Northern Ireland, and 56% agreed that citizens’ assemblies could provide useful insight.

The members of the Citizens’ Assembly were ordinary people living in Northern Ireland who were randomly selected to be broadly representative of the population in terms of age, gender, ethnicity, regional spread, and socio-economic status – otherwise known as a ‘mini-public’. They met over two weekends in the Europa Hotel, Belfast, where they worked through a process of learning, deliberation and decision-making designed to give participants the evidence they require to make informed recommendations. This process involved a series of exercises, small group discussions, as well as voting and ranking of options.

The learning process was led by a team of social policy experts under the leadership of Professor Ann Marie Gray from Ulster University to ensure there was a foundation of impartial evidence for the discussion and deliberation between members. The discussions were supported by professional facilitators to make sure everyone had a chance to be heard and feel comfortable participating.

Those recommendations were passed to the Department of Health after the conclusion of the Citizens’ Assembly, and form a compelling agenda for radical reform. The report, published today, gives greater detail and context, including the rationales behind the recommendations. Those recommendations include a unanimous call for better support for carers, an end to compulsory zero hour contracts for care workers, and support for older people to be better integrated into society.

Members also called for an Older Person’s Charter, as well as a Junior Minister within the Department for Health to focus on social care, when an Executive returned.

The report also presents the results of an independent evaluation of the process carried out by Queen’s University Belfast. This research reveals that the members of the citizens’ assembly show enthusiastic support for the initiative, and would like to see it repeated to tackle other complex and deadlocked issues. 97% of participants agreed that citizens’ assemblies should be used more often to inform politicians in decision making.

Tim Hughes, Director of Involve said: “a year on from the meeting of the citizens’ assembly, with Stormont still suspended, this report points to the usefulness of processes like these to address other challenges facing society in Northern Ireland.

“The citizens’ assembly was convened as a pilot to demonstrate that the model can produce tangible outcomes to help decision makers deal with complex challenges, even in Northern Ireland. We hope that the publication of this report will reignite the conversation about how civil society can most productively be engaged to help break deadlock on a range of issues”.

The Community Foundation welcomes the publication of the final report of the Citizens’ Assembly for Northern Ireland. We’re delighted to have been able to support this landmark initiative. The success of this project shows once again how the public, with the right opportunities and support, are more than up to the task of considering complex issues and coming up with pragmatic and widely accepted solutions. Through our Civic Innovation Programme we hope to build on this success by supporting a whole new range of projects that put the public at the centre of decision-making. Organisations and individuals have until 17th January to submit their ideas via www.civicinnovationni.org .