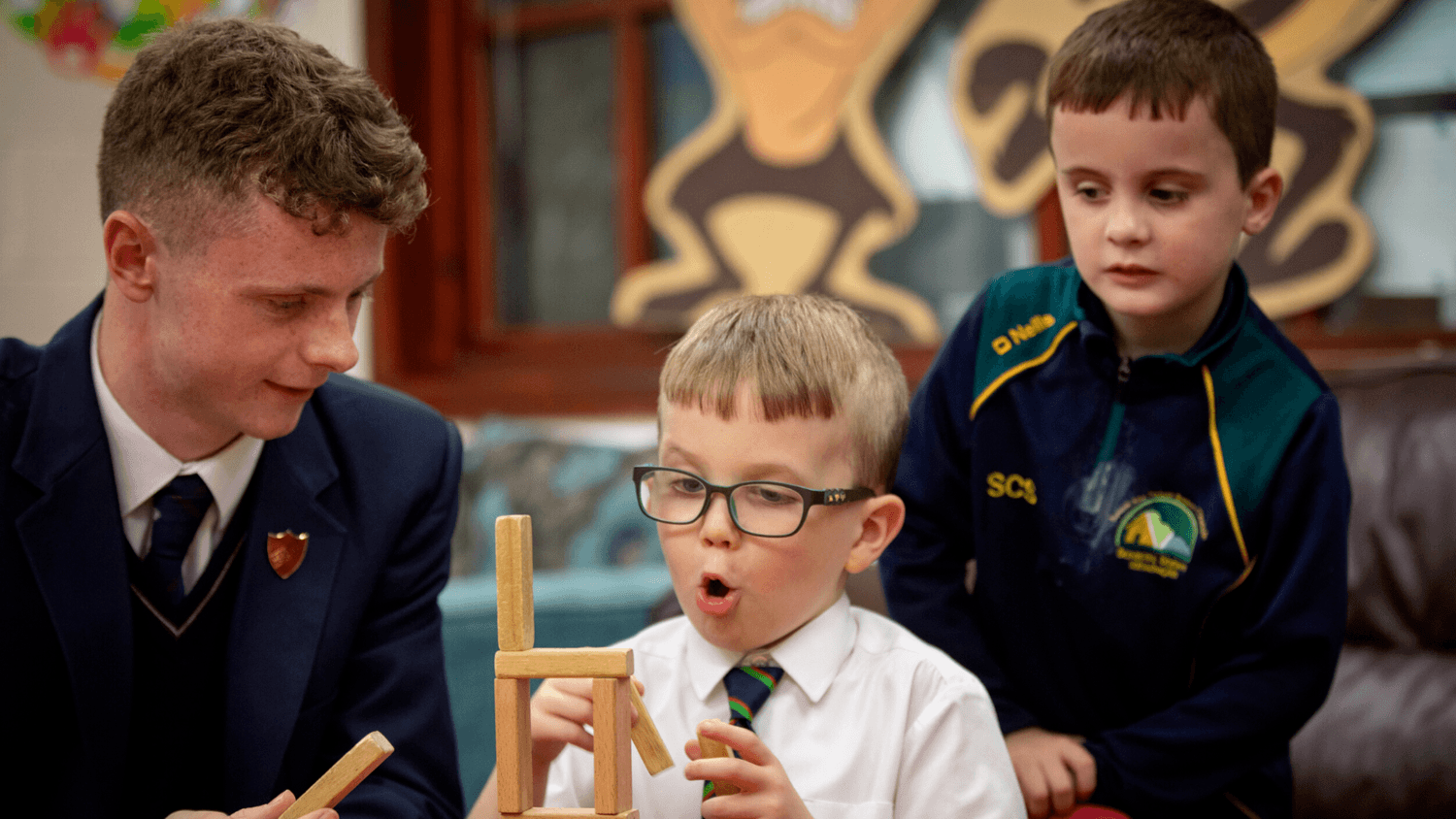 The Foundation works with hundreds of voluntary sector organisations, many of which are focused on supporting and improving the lives of young people from less advantaged backgrounds. Connecting people who care with causes that matter, the Foundation  introduced Oisín to Ardoyne Afterschools Club, a not for profit registered childcare facility, where children and young people (aged 4-15) can take part in play activities, do their homework and have fun with friends.

He explained, ‘During a trip to South Africa last year I saw some of the deprivation faced by people the same age as me, who are living in townships.  I know there are young people everywhere who don’t get the same opportunities as others and I wanted to do something to help. I chose to support Ardoyne Afterschools Club because it is used by young people.  At Aquinas, we have a great Fundraising Committee and we had loads of ideas but in the end decided to have a bake sale and coffee morning for pupils and teachers. We held three in June and raised £250, which was match funded by the Community Foundation, so I was able to give £500 to the centre.”

Damien Sparkes who runs Ardoyne Afterschools Club said, “Hearing through the Community Foundation that someone we don’t even know had taken the time to raise some money to help the centre was a welcome surprise.  The Club has been running for 22 years and is invaluable to children and their parents in our Community. Our emphasis is on the importance of play in children’s development, and we encourage children to take part in various play opportunities to unwind and have fun after their day at school.  We’ll be using the money Oisín raised to purchase more games and play equipment for the children. The committee, staff and children would like to thank Oisín and the Community Foundation for this kind donation.”

Siofra Healy, Director of Philanthropy at the Foundation said, “It’s so encouraging to see young people getting involved in giving to their local community and we were delighted to be able to introduce Oisín to the work of Ardyone Afterschools Club.  Our mission at the Foundation is to connect people who care with causes that matter and as this story demonstrates, our relationships allow us to make a real difference at many levels!”